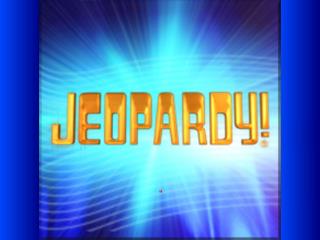 Let’s Play Jeopardy! - . by matthew drucker. it was the first battle the north and south fought in the civil war.

Let’s Play Hangman - . what’s the word?. based on the law of conservation of mass, a balanced chemical reaction

Let’s play… - . are you smarter than an evolutionist???. okay…. get ready. question. which of the following are

Jeopardy - Final jeopardy. jeopardy. question 1. as part of an art project, billy has to paint the surface area of a

Let’s play… - . verb review basketball !. what is verb tense consistency?. all the verbs in a passage maintain the