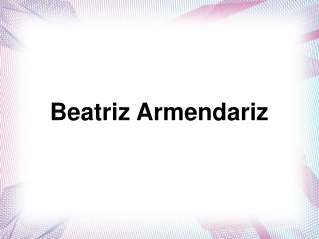 University of Cagliari, Faculty of Economics, 2011-12 - Business strategy and policy a course within the ii level degree

How do organisations make decisions? The case of regulated and quasi-regulated industries - . dr andrew smith senior

Beatriz Armendariz - , a well qualified professional, holds years of experience in serving as a lecturer at several

Beatriz Armendariz - Is a highly qualified individual, with vast amount of experience working as a lecturer in several