For the Good of the People - PowerPoint PPT Presentation 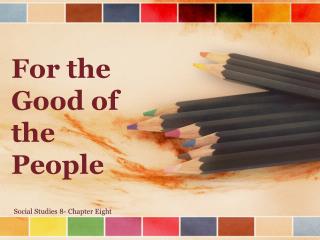 For the Good of the People For the Good of the People

chemical equilibrium! - . first, a metaphor:. two floors of a store are connected by up and down escalators. floor 1 has

What’s a good measure for assessing the modernity of a city? - . what possible criteria/indicators could you going to

US – What Are We Good At? - . what are other countries good at?. chapter 3 – interdependence and the gains from

Dementia in People With Intellectual Disability - . diana kerr centre for research on families and relationships