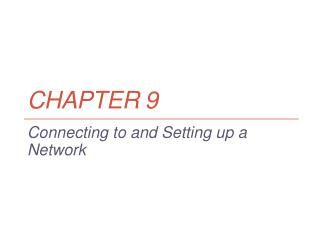 Chapter 9. Connecting to and Setting up a Network. Objectives. Learn about the TCP/IP protocols and standards Windows uses for networking Learn how to connect a computer to a network Learn how to configure and secure a multifunction router on a local network.