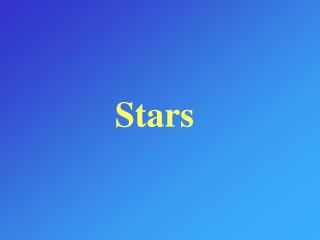 Stars. Star Field as seen through the Hubble Space Telescope. 2. Stars –. 1. Definition- a large gaseous body that generates energy through nuclear fusion in its core

“Coyote Places the Stars” - . retold and illustrated by harriet peck taylor. day one – build background. when you