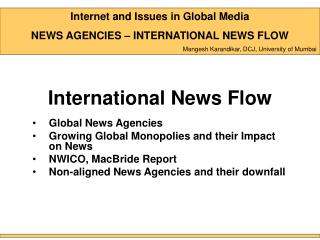 Basics of Flow Cytometry - . prashant tembhare. flow cytometry is the automated measurement of physical, chemical and

FLOW PASSED IMMERSED OBJECTS - . the flow of fluids over bodies that are immersed in a fluid, called external flow , with

Recent progress in optical flow - . progress. presented by : darya frolova and denis simakov. optical flow is not in

Network Flow - . network flow. use a graph to model material that flows through conduits. each edge represents one