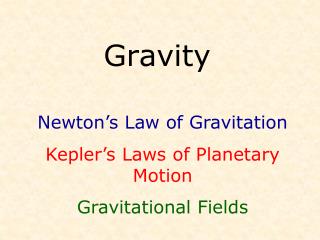 GRAVITY - . a brief timeline of the discovery of gravity. aristotle. 4 th century bc. there is