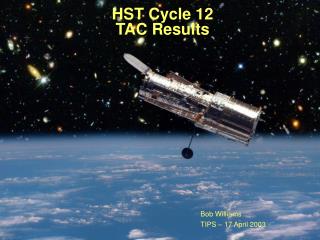 HST Cycle 12 TAC Results. Bob Williams TIPS – 17 April 2003. TAC Review Committee. “We find no fundamental flaws in the process or unwarranted influence by STScI staff or management.” “ We also attest to the overall integrity of the TAC process “

Water Cycle pg 115 - . goals for today. the water cycle needs energy, where does it get it from? what order does it go

Guest Cycle - . a division of the flow of business through a hotel that identifies the physical contacts and financial

The Expense Cycle: Purchasing to Cash Payments - . chapter 11. questions addressed. what are the basic business

Cardiac Muscle - . figure 1.02. the cardiac cycle in terms of time. figure 1.02b. left heart pressures during one cardiac

Developmental Tasks Over the Family Life Cycle - . just as individuals have tasks at different stages of the human life