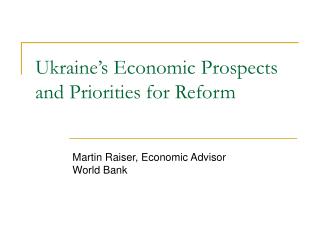 The European Neighbourhood Policy - . 2006 euro-mediterranean summit of economic and social councils and similar

Health Care System of Ukraine in the Context of Transition to the Market Economy - . yevgeny orel, c.sc.(econ.), docent

Presentation “The role of state in conducting reforms in Uzbekistan: - “uzbekistan: a model of reforms and