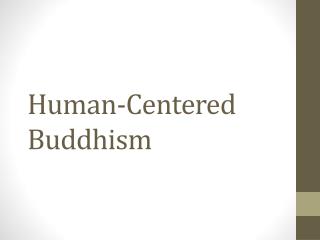 Human Centered Technology - . aimed at aiding cognition often interferes and confuses should be aimed at the needs of