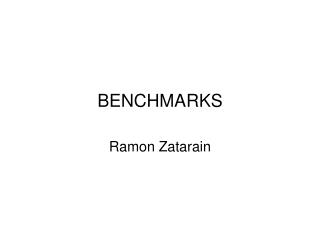 TPA Orientation to Benchmarks - . print as slides, cut into smaller pieces, mix up, and ask new participants to discuss

Canadian Language Benchmarks - . what is it?. the national standard in canada. measures english language proficiency of

Introduction to the Benchmarks of Quality (BoQ) - . revised version of the presentation given at the summer 2012

Agile Marketing Lessons from 7k Businesses [REPORT] - The agile business strategy takes work, but how much more work does