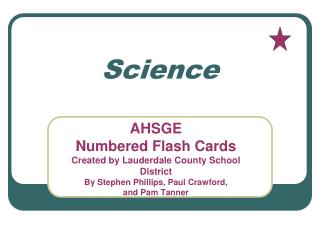 SCIENCE PROCESS SKILLS - . science is more than a collection of facts. learning the process skills is preparation for

What is Science ? - . science has become synonymous with reliability, validity and certainty it is an activity The Wonders Of SCIENCE! - . eli coakley industries. the wonders of

The Science of Willpower Kelly McGonigal, PhD Stanford University - . ?. “i won’t” power “i will” power.

Renaissance Science - . what helped the development of science in the renaissance (14 th – 16 th centuries)?.

Welcome to an Elementary Course on The Science of Self Realization - . the essence of bhagavad gita. day 1. contents.

SCIENCE, SOCIETY, AND THE ENVIRONMENT I - . anna kajzer sc 1101. what is environmental science?. study of how the natural

ACT Preparation for Science Reasoning - . andra meredith. why are you here??. have you taken the act at least once? are