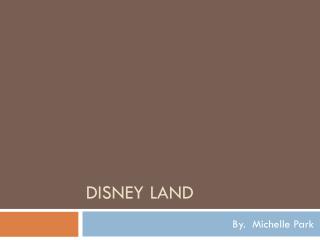 The Secrets and History Behind Disneyland - &quot;disneyland will never be completed. it will continue to grow as

Paris, France for all the attractions and Disneyland - . maya koob.

The Disneyland Restaurant And Experience - . by mrs. bushman. but, first, a little introduction . men’s restrooms.