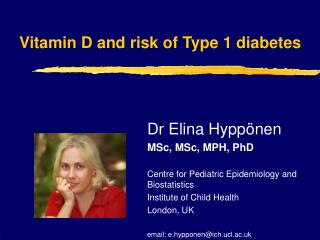 VITAMIN D - . its role in cancer prevention &amp; good health. rickets. there have been children in juneau with it ! Distribution of Vitamins and Nutrition Education Materials to the Women and Children of Afghanistan - Hameeda hameed 1 ,