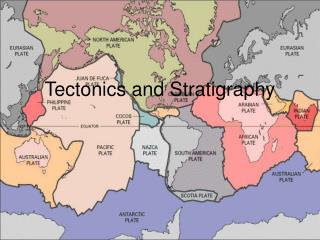 HYDROCARBON SETTING IN THE ONSHORE GULF OF MEXICO - . what we don’t know , and… what we can find in a mature

Plate Tectonics - Jurassic paleogeography of west-central pangaea: the origin of the gulf of mexico and the caribbean

Strata2.1 Forward Modeling to learn about the controls of Tectonics, sedimentation and eustasy on stratigraphic geometr

Continental Drift and Plate Tectonics - . from the time maps of the globe became available, people wondered about the

Stratigraphy - . concepts related to subdivision of the rock record. inextricably related issues in geology (that must be