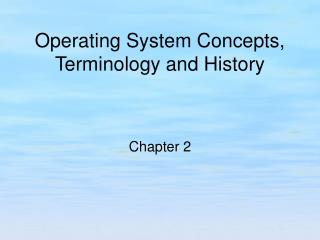 Operating Systems - . every computer has two fundamental components: hardware and software the term hardware refers to

Chapter 3.1:Operating Systems Concepts - . a computer model. an operating system has to deal with the fact that a

History of the GUI - . the early days. the concept of a window system first introduced by sage project and sutherland’s

Major Concepts/Terminology/Art history left to cover: - The studio in art final exam is scheduled for june 9 th at 8am.