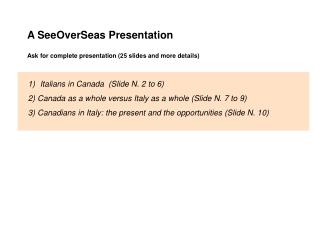 O Canada! - . canada. canada is america’s northern neighbor. it is a large country. the french and british explored it