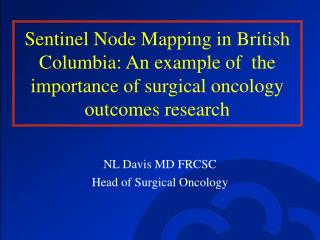 Surgical Oncology - . definition of neoplasia. a disorder of cell growth in which there is a permanent and inherited