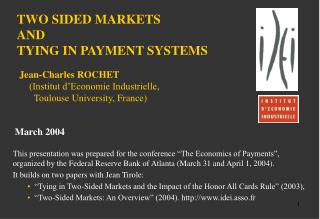 By tying up with Flipkart and Asda, Walmart trying to catch up with Amazon | Business Standard News - Read more about by Seriously Cool: Marketing and Communicating with Diverse Generations - Our original 2008 paper on marketing to the new

Competition among multi-product platforms: Unilateral conduct - . comments on belleflamme and choi and some lessons from

World War I - . causes of wwi. militarism : power to military leaders alliances : tied nations to each other imperialism

Credit Appraisal and Project Finance Module No 4 &amp; 5 By Mr. Navneet Saxena All The Best From - . characteristics

The Road to Independence - . the mercantilist system. assumed: colonies exist only for the benefit of the mother country