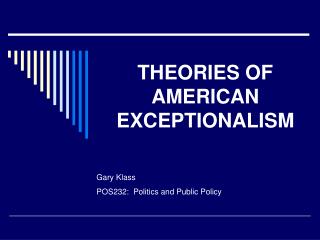 Rethinking U.S. Foreign Policy: Bush vs. Obama - . “cowboy diplomacy”or the only alternative in a dangerous world?.

THEORETICAL APPROACHES TO US FOREIGN POLICY - . readings: cox and stokes ch 1, 2 and 10 walt friedman and mandlebaum.

Maclean, Norman Young Men and Fire - . history-theory-doctrine theory provides framework or basis from which to

THE RISE OF AMERICAN REALISM - . where did the romance