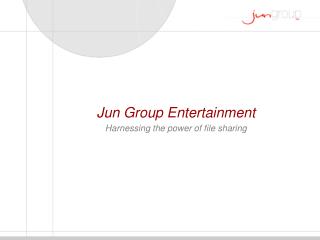 Jun Group Entertainment Harnessing the power of file sharing The biggest opportunity in digital entertainment is being ignored by all of the major players File sharing is a new and rapidly maturing mass medium Over 200 million users (60 million, US) – and growing!