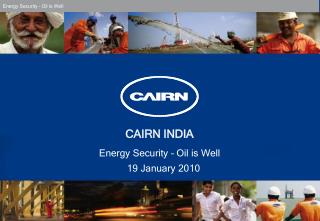 CAIRN INDIA Energy Security – Oil is Well 19 January 2010 What is a Cairn? A Cairn is a collection of stones marking the way to the top of a Scottish mountain or hill.

Cairn Terrier - . it is my favourite race of dog . because it is the race of my dog . i have it home . his name is beny .

By Cairn Ivers - Q1: in what ways does your media product use develop or challenge forms and conventions of real media

Cairn India is fastest growing energy firm: Platts - Including those from india and china, were ranked in the 2012 platts