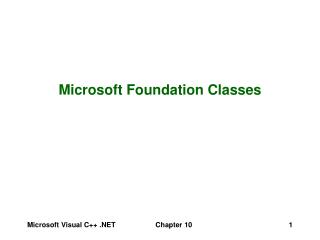 Windows Presentation Foundation - . or: why you shouldn’t be using windows forms to write desktop applications anymore.

WINDOWS PROGRAMMING - . where the fun starts. windows 98 (win32) programming. from the ground up with application