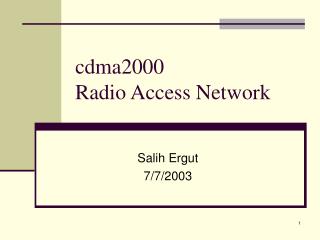 Network Access Control - . focus question. what are three ways in which network security can be applied through the

THE BROADBAND RADIO ACCESS NETWORK - . sectorized base station . transmission of atm cells ‘over the air’ .

Network Access Control - . msit 458 – the chinchillas. the problem. viruses, worms, and botnets are often spread by