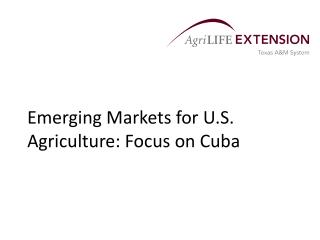 Emerging Markets for U.S. Agriculture: Focus on Cuba. Overview. Agriculture is twice as reliant on exports as the overall U.S. economy, and since the early 1970s, exports have accounted for 30 percent of total farm receipts in most years. FOCUS FOCUS FOCUS - . from past to present a bc shipbuilder’s perspective. presented by. malcolm mclaren. president

Research Institute of Organic Agriculture FiBL, Frick, Switzerland, in cooperation with the - Key results from the survey