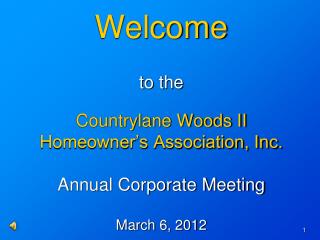 Click through 100 plants growing in woods, on fields and riversides. - Test your knowledge of plants in summer!. december

Reciprocation - . pointless but true not all inspirationy or exciting but true nonetheless my life this morning in a

Welcome to - . starpoint ’ s. pta. are you already a member of pta? thank you if you are!. if not, you can join

Thy Shalt Come To The TGIW - . from: shuchi@cs.cmu.edu subject: tgiw when: tonight, 6:00pm where: weh

Value Investing - . buying good companies that are out of favor with the market. …cheap!. main theme tonight. making $

Seasons Greetings - . jingle bells. dashing through the snow in a one horse open sleigh o'er the fields we go laughing