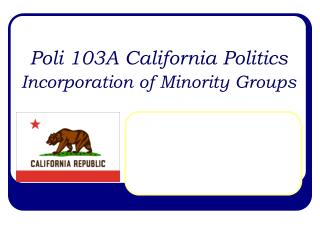 Committed To Participation - Minority and women's business enterprises. maximizing the opportunities of state

Logic of American Politics - . mechanics of the course outline of lecture will be provided but you are responsible for