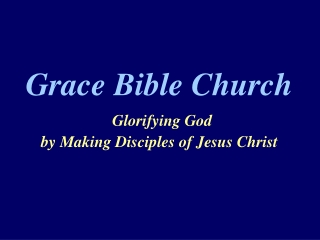 Grace Bible Church Glorifying God by Making Disciples of Jesus Christ. A reminder - Please:. Turn off your cell phone or set to vibrate only Turn off sound to all electronic devices Use the nursery or cry room if your child is fussy