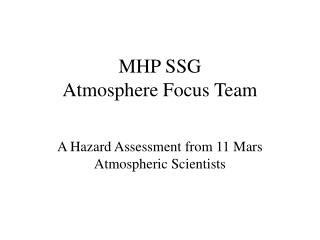 Adjusting our FOCUS! Measuring Meaningful Clinical Outcomes - F focus on the o outcomes of c communication u under s six.

The Atmosphere - . it appears that approximately an inch (2.5 cm) of ice is coating this hapless tree. the icy fangs are

Team Building - . sharon doner-feldman training for you. what is teamwork &amp; team building. teamwork concept of