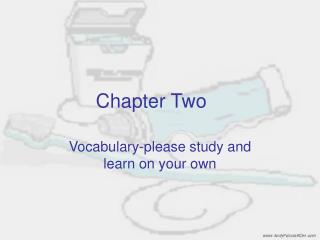 Chapter Two . Vocabulary-please study and learn on your own. Injury. Injury - an alteration in the environment that causes tissue damage Physical injury can affect teeth, soft tissue, and bone. Chemical injury can occur from the application of caustic materials to oral tissues.

Chapter Two - . the evolution of management thought. learning objectives. describe how the need to increase