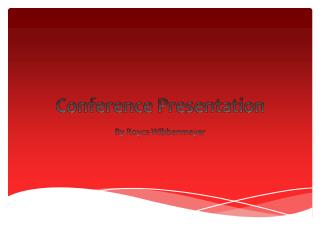 This presentation is based on joint work with - Preferences and personality: heterogeneity, determinants and formation

You can download this presentation at www.geoffbarton.co.uk - Putting the fun into _ _ _ctional skills. geoff barton.

Morbidity and Mortality Conference - . jennifer y. lee february 6, 2002. which of the following is not an upper motor