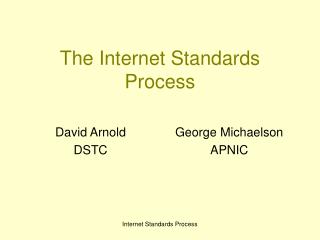 Internet Standards Process and the Public Interest - . a presentation to the president’s council of advisors on science

The Design Process The Internet - . by: alex houtz. the identifying of the

The Global Standards Management Process - . in february 2006, the gs1 board said:. “increase participation in the