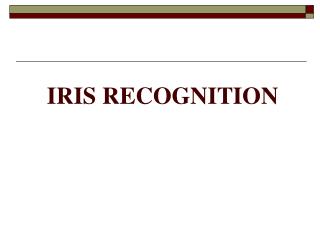 multimodal+emotion+recognition - . a.k.a. ‘better than the sum of its parts’. kostas karpouzis assoc. researcher

Aircraft Recognition - . all the aircraft selected in this unit are in service with the royal air force today. they fall Hazard Recognition - . this material was produced under grant sh20867sho from the occupational safety and health Iris Recognition Market worth 3627.90 Million USD by 2020 - The total iris recognition market is expected to grow from