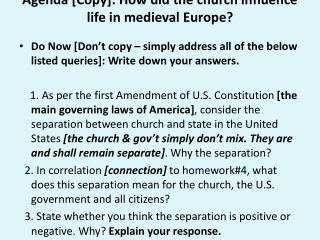 Agenda [Copy]: How did the church influence life in medieval Europe?. Do Now [Don’t copy – simply address all of the below listed queries]: Write down your answers. Ajagbe Samuel Olushola - Your church can multiply. ajagbe samuel olushola. the church is not a building. it is the

Welcome to Temple Bible Church - . kids christmas choir. born that we may have life. no reputation n o stately bearing no