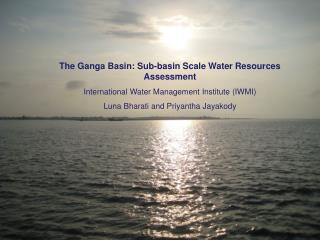 WATER QUALITY IN STREAMS AND RIVERS IS THE END PRODUCT OF ALL PROCESSES IN THE BASIN - . watersheds are the kidneys of an

The Euphrates-Tigris River Basin - . by ziad al awar. description of the euphrates-tigris river basin. the

Water Resources - . hydrologic cycle. hydrosphere: all the water at or near the surface of the earth amount of water