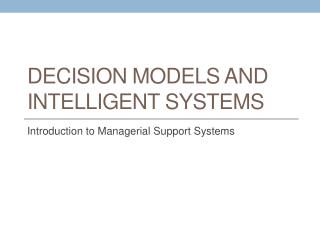 Business Intelligence/ Decision Models - . week 5 rfm analysis. outline. explain how rfm works, and how you can use it to

Improving Decision Making and Managing Knowledge - . student learning objectives. what are the different types of