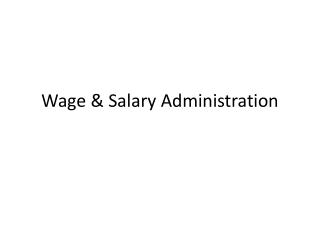 Wage & Salary Administration. Wage. A wage is remuneration paid by an employer to an employee . It may be a calculated as a fixed task based amount, or at an hourly rate, or based on an easily measured quantity of work done.