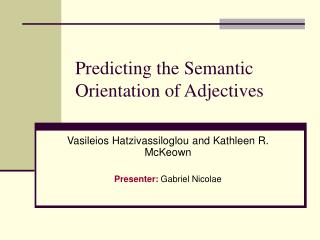 Predicting the Semantic Orientation of Adjectives Predicting the Semantic Orientation of Adjectives

Semantic Web - . john davies head of next generation web research, bt. overview of this talk. history of the (semantic)