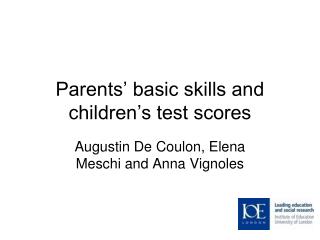 Third Grade Writing Assessment Test - . students must have a variety of work samples students go through the writing

ABLLS-R The Assessment of Basic Language and Learning Skills-Revised - . what is it???. a criterion-reference assessment

BASIC STRATEGIC LEADERSHIP SKILLS - . who is a leader? a person who has the capacity and will to rally men and women to a

Basic Symptom Management Skills for Clients - . to help the client who is “stuck” focusing on symptoms and needs

Basic Information on Test taking for Nursing Exams - . first year. do not approach exams believing the questions are