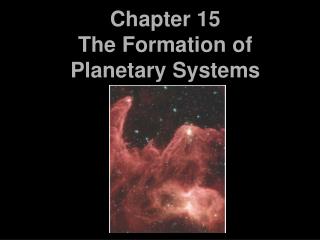 Chapter 15 The Formation of Planetary Systems Chapter 15 The Formation of Planetary Systems

Chapter 11: Payment Systems For Electronic Commerce - . objectives. in this chapter, you will learn about: the basic

Chapter 7 Our Planetary System - . earth, as viewed by the voyager spacecraft. what does the solar system look like?.

Planetary Orbits - . gravitational force between sun and planets causes orbits with d being the planet’s distance from