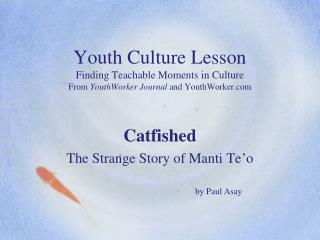 AMERICAN CULTURE 101 - This is a undergraduate student built powerpoint on american culture 101 assignment. i thought it