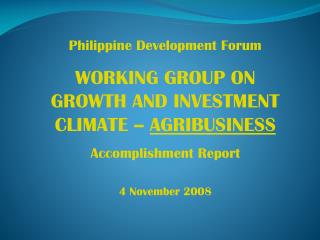 Agribusiness and Development - . how investment in the african agro-food sector can help support development. africa and