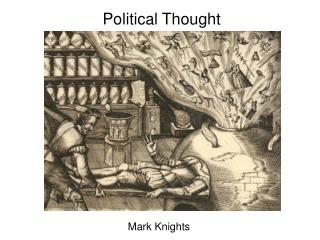 Political Thought. Mark Knights. Lecture plan. Is the term political thought a useful one? What are the key themes of political thought in the period? Case study of Thomas More’s Utopia to show European nature of debate The importance of context. What is ‘thought’ and who thinks it?.

Thought for the day: - . there is only one boss. the customer. and they can fire everybody in the company from the

Deep Thought - . i love going down to the elementary school, watching all the kids jump and shout, but they don’t know