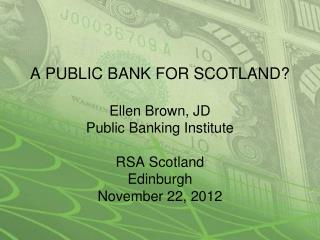 A PUBLIC BANK FOR SCOTLAND? Ellen Brown, JD Public Banking Institute RSA Scotland Edinburgh November 22, 2012. Where does money come from?. Most of our money is created by banks when they make loans.

The World Bank - . debunking myths on worldwide governance and corruption the challenge of empirics – and implications.

All About Britain (PrimaryTwo) - . where is britain?. britain. scotland. england. wales. facts about britain. * the

Financial Literacy Jeopardy - Banking and investing for $100. a document that provides details of your bank withdrawals