A trip to the west - PowerPoint PPT Presentation 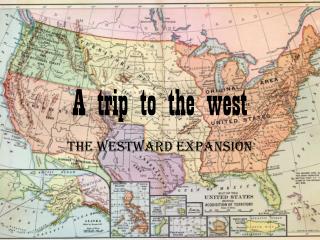 A trip to the west A trip to the west. The westward expansion. The Alamo. The Alamo was the battle that gave the Texans their independence from Santa Anna, but not in the way you would think. After the Mexican army defeated the men at the Alamo, the Texans were quick to revenge their comrades.

A trip to the west

CHAPTER SEVENTEEN - . going west. rush to the west!. the “high hat”, made of water-repellant beaver fur, was popular

Mystics, Wanderers, and a Trip Down the Mississippi - . 4 october 2012. the tiger usually (a) hunts by night and feeds