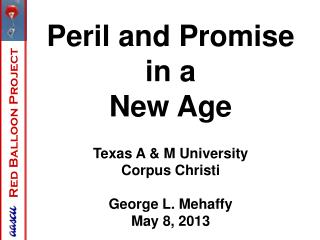 Peril and Promise in a New Age Texas A & M University Corpus Christi George L. Mehaffy May 8, 2013. We are confronting a period of massive change and great uncertainty. Our institutions are challenged as never before. The Overarching Theme of This New Age: Shifting Power.

Learning the Structure of Task-Oriented Conversations from the Corpus of In-Domain Dialogs - . ph.d. thesis defense

Bucharest , June 28, 2011 Dion van den Berg IKV Pax Christi, the Netherlands - On the necessity of the rehabilitation of