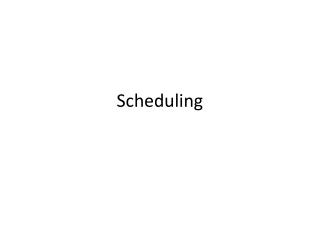 Scheduling. Main Points. Scheduling policy: what to do next, when there are multiple threads ready to run Or multiple packets to send, or web requests to serve, or … Definitions response time, throughput, predictability Uniprocessor policies FIFO, round robin, optimal