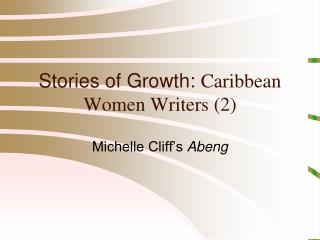 Lecture Outlines Chapter 8 Environment: The Science behind the Stories 4th Edition Withgott/Brennan - . this lecture will

Slave Trade, Plantation Life and the Presence of African Languages in the Caribbean - . nicole scott. questions . what