HISTORY OF PRESCHOOL EDUCATION IN THE PHILIPPINES - PowerPoint PPT Presentation 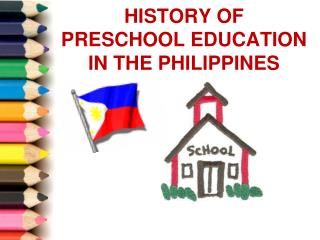 HISTORY OF PRESCHOOL EDUCATION IN THE PHILIPPINES HISTORY OF PRESCHOOL EDUCATION IN THE PHILIPPINES

Consumer Act of the Philippines - . consumer: refers to any individuals or households that use goods and services

Social &amp; Personality Development in the Preschool Years - . chapter 8 development across the lifespan. self

History of Physical Education - . now and then. the beginning of physical education. johann bernhard basedow 1723-1790