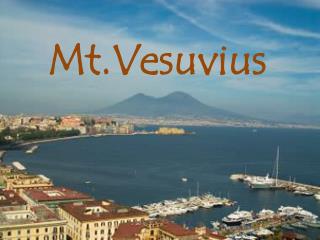 Mt.Vesuvius burying Pompeii - . by:juliannah workman. learning target. i will use primary and secondary sources to

Mount Etna - . by: luke, nick, and steven. did you know??. mount etna is europe’s highest and most active volcano

The Eruption of Mt. Vesuvius in AD 79 - . why vesuvius?. mt. vesuvius lies on a fault , a break in the earth’s crust